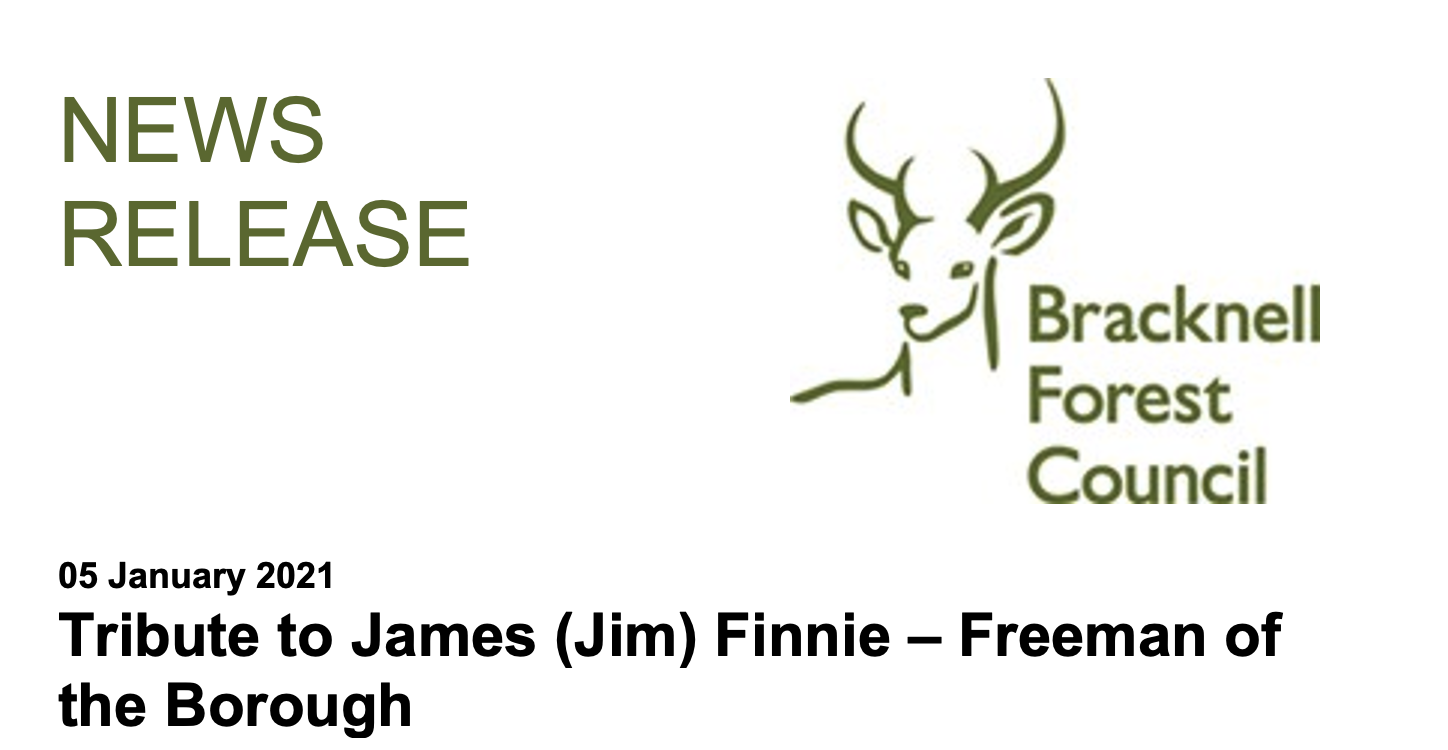 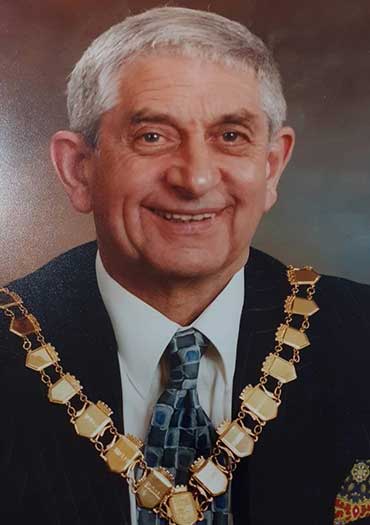 It is with great fondness that Bracknell Forest Council remembers the life and contribution of James (Jim) Finnie - a Freeman of the Borough, former long-serving councillor and former Mayor - who very sadly died on 2 January at the age of 83.

Jim Finnie was first elected in 1976 to the ward of Crowthorne and Easthampstead which changed to Crowthorne in 1986. He had previously been elected to Crowthorne Parish Council in 1975.  On 13 July, 2016 at the full Council meeting, Cllr Finnie’s long service of 40 years and dedication to the community was officially recognised.

He stood down as a borough and parish Councillor at the May 2019 elections after 43 years of service.

“Jim was very well-known within the community having served over many decades in a huge variety of community positions, he was a true community stalwart who worked selflessly for local people right up to the end of his life. He was an incredible character who will truly be missed. Our thoughts and condolences are with his friends and family at this sad time.”

“I know that many people will want to pay their respects, anyone who wishes to share memories, reflections and tributes can be do so via the online book of remembrance.”

In May 2000 he was awarded the honour of becoming Freeman of the Borough. Also, in 2005, he became the Voluntary Sector Champion for Bracknell Forest.

When asked in 2010 what was the most rewarding thing about being a councillor, he said: “Helping people in many ways and trying to overcome bureaucracy. Seeing the wonderful contributions the volunteers make to the community life of our borough.”

During his time as a Councillor, Jim Finnie was vice chairman of the following committees:

From 2004 until 2007 he was vice chairman of the Edgbarrow and Sandhurst Sports Centre Management Committee and then took over as chairman, from 2007 until 2011.

Between 2003 and 2014 he was also vice chairman of the Access Advisory Panel and for a further year until 2015 when it became the Bracknell Forest Access Group.

Due to COVID-19 restrictions the funeral service will take place online at 10.30am on Friday, 15 January.

If you would like to attend the virtual service, it will be available at: https://webcast.obitus.com
The username is: Tupu8999 and the password is: 519207.
Click here for the order of service.

Information from Obitus: You can login to our website at any time to view a test connection (and we strongly recommend you do this) but you'll only be able to view the Live Webcast approx. 5 mins before the service start time. Please be aware this is a public building and the timing of the Live webcast is semi-automated to allow for services running early or late – please use your discretion if you can see activities not applicable to the service you are here to watch. Once the service has finished, it will take us up to 3 working days to get the 28-day Watch Again onto the website.